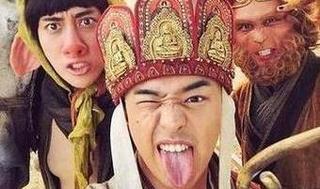 Can you recognize us?

Looks like the latest trend in movieland is remaking as many Journey to the West versions as possible. Fantasy-comedy movie, Surprise You’ll Never Think Of: Journey to The West or for short as simply Surprise, has a solid lineup of stars that might just do the trick in tickets sales.

The main character, played by Bai Ke (Crazy New Year’s Eve). The premise follows him as a self-proclaimed demon lord of a small town and the adventures he encounters with the new group of people in town.

As with every adaptation of Journey to the West, the Master-Disciples ensemble must be there.

Bolin Chen as the sweet-tasting monk every demon wants a piece of – Tang San Zang. He looks good. But as far as the role goes, I think no one can beat Kwong Wah. ^_^ 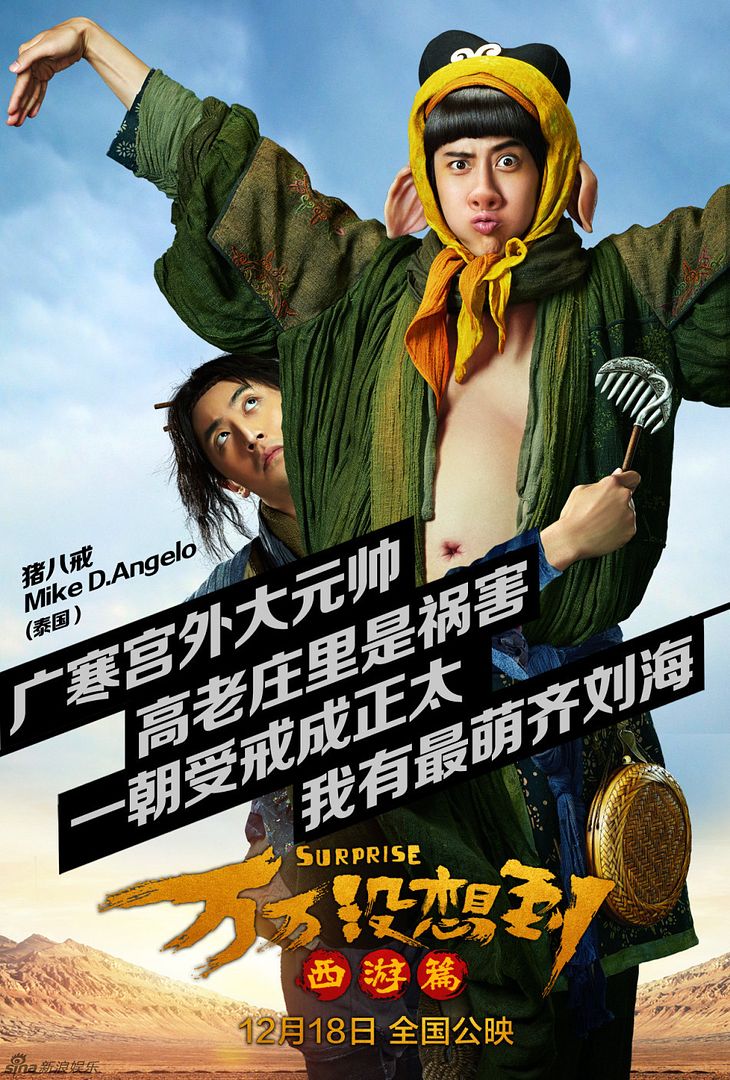 It’s hard to imagine that TV King Wayne Lai has once portrayed a successful Pig in TVB version back in 1996-98. Time flew by…~~

Ma Tian Yu as Murong Bai. He looks amazing here. My soft spot for this kid is always gonna be there. I love him more for the fact that he takes on both good guys and bad guys role – lead or no lead.

Tong Li Ya and Kimi Qiao portray a demon couple. She’s supposed to be a scorpion demon but I see antlers of a reindeer. XD Kimi looks like a vampire beggar.

Eric Tsang as The God of Land. Hah.

And I just had to share this lip-sync video of Mike changing the lyrics to Justin Bieber’s Baby with you guys. It’s so LOL.

Produced by Huang Jian Xin (All About Women) and directed by Xiao Xing Yi (Unexpectedness – the drama version), Surprise You’ll Never Think Of: Journey to The West hits theaters in China on December 18th.