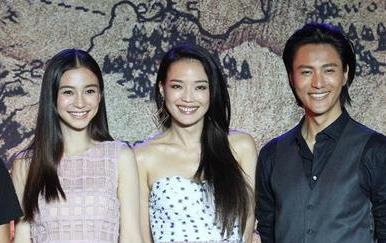 While Korea is busy splitting personalities in their leading men (why is the fun always given to the male characters, yo?), China is busy molding tomb raiders one after another. We had Li Yi Feng’s raiding tombs with Yang Yang, then we had Jiro Yang and Ady An solving mysteries in a tomb, and now we have even more stars joining the dark and humid underground. Based on the fantasy novel, Ghost Blows Out the Light, by Zhang Muye, The Ghouls‘ group of risk-takers are Chen Kun, Shu Qi, Huang Bo, and Angelababy. The story follows two tomb raiders (Chen Kun & Huang Bo) as they try to undo a curse with the help of an American archaeologist among ancient burial sites.

Produced by Chen Kuo Fu (Double Vision, The Message) and directed Wu Er Shan (Painted Skin: The Resurrection & The Butcher, The Chef and the Swordsman), The Ghouls eyes a premiere in December 18th, 2015.