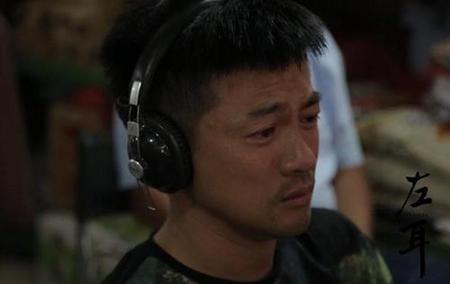 Awww…. I’m gonna cry. Alec, stop making that face! I remember this song (though not my favorite of theirs) way…way…way back in the days when my aunt used to repeat it on her CD player! For those who don’t know, The Little Tigers was a Taiwanese boy band active in the late 80s and early 90s consisting of Nicky Wu, Julian Chen, and Alec Su (director of The Left Ear.) Now, the new generation of actors get to reboot the song through the directing of Alec. One full circle. ♥♥♥

The female Lead is played by newbie Chen Dou Ling. Her face was hidden in all promotional activity until recently. The premise is described as a painful love story (death(s) is involved) and our female lead has a damaged left ear. She also crushes on Yang Yang’s character.

Fly With A Carefree Heart: by The Little Tigers