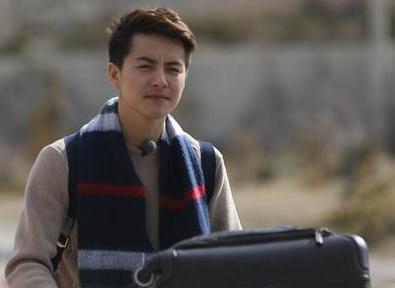 At this rate, China is gonna remake all Korean Variety shows. Sigh.

Interesting new trend: Many actors are joining variety/reality shows in China right now. This is one of the few shows I will check out. It looks adorable from the teasers alone! Much like its Korean counterpart featuring Lee Seung Gi two years ago, Dragon TV is producing their own version. The older sisters (plus their age in parenthesis) include Lin Chi Ling (41), Lilian Wang (45), Fan Xu (48), and Mei Juan Xi (60). The younger cast members are Ma Tian Yu (29), Victoria Song (28), and Aarif Rahman (28). They will leave Shanghai and travel to Turkey, Italy and some other regions. First episode airs today.

Ma Tian Yu. Does he look like a luggage boy to you? As a matter of fact, they all look like models on foreign streets. You guys know I have a soft spot for this boy here. Anyone who rises above their difficult background to become a decent person deserves all the love. He reveals that it’s his first time doing a reality show, first time traveling with so many pretty sisters, and first time appearing in front of the camera in his pajamas.

The production crew describes him like a ray of sunshine, all the sisters break into a smile once he enters the room. Awwww….

Lol. He could be on the runway!

Aarif Rahman. You might remember him as the King in Fan Bing Bing’s Empress of China. 🙂

Like a fresh college student before reality hits (that school ain’t fun!) 😉

Victoria Song. Oy, their suitcases must be heavy!

It’s no surprise the boys swarm around her. 😛

Lilian Wang. I know she has had other roles too but I can’t erase her stepmother role from my head even if it was more than a decade ago.

Matriarch of the group: Mei Juan Xi. I remember her as Zhou Dong Yu’s mother in Under the Hawthorn Tree.