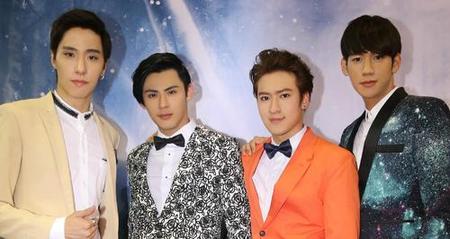 I didn’t give them that name, the media has been dubbing that F4 title for a while. The new fantasy drama is produced by IQiyi. I’ve been following this project since last year when I was first introduced to Andy but news coverage is scarce and far between, lacking hype and talk. The Four Horsemen is adapted from a best-selling novel of the same name written by Yu Jia, spanning many volumes. And a vehicle of promotion for many new faces in the industry.

The synopsis and character description is quite complex so I got help from Miss Zlidia (much thanks!): Basically, there’s a prestigious private school called Roland Academy, named for the leader of Charlemagne’s 12 paladins (or knights). Roland is an elite school for the very highest circles of society, standing for glory, passion, and chivalry. Graduates of Roland seem to immediately become the leaders of their various fields. But this year, this century-old school is facing a danger that it has never seen before…

On the same day, three individuals and former graduates of Roland — 1) The Queen of the Alistar Kingdom, Du Yi Ye, 2) The leader of the world’s largest gang (the “Zhuo Guan” Tang), Zhuo Ying Guan, and 3) Elite police inspector Zhan Te, all received mysterious letters informing them that Roland would be destroyed in the coming year, with an implication that it was connected to some unclear powers.

The three graduates all had different views of this news, and in different ways, some through deception or coercion, each managed to send their only son to join Roland’s incoming class… [PLEASE DO NOT TAKE OUT W/O PERMISSION.]

Yep, the sons are called the new generation of F4. Let’s meet them.

Huang Ren De (or Hwang In Duk). You might remember him from Itazura na Kiss 2 ~ Love in TOKYO, Fabulous Boys, and KO One Return. He plays Duo Yuan Zhi, the junior Tang leader/prince of the Zhuo Guan Gang.

Snoopy Yu Jin (Lovestore at the Corner, Dragon Gate) as Yu Wen Si, son of a the school’s CEO. He was a child actor in many dramas!

So cute here with Zai Zai! Can you believe it? He’s 20! Might be taller than Vic now. hehe. Their set of imperfect teeth. D’aww. 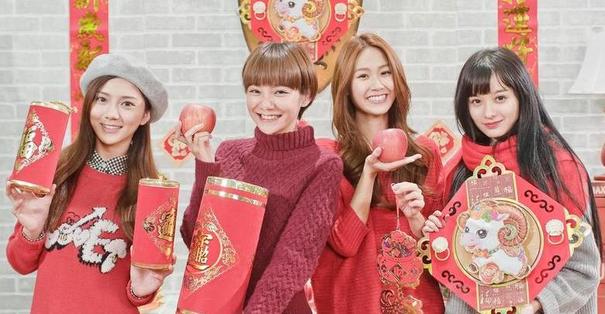 Yep, that Peter Ho, pimping a B-boy hat below!