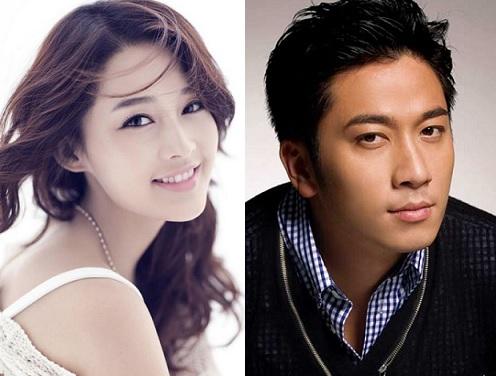 Aha! Another TVB actor crosses land to star in a Cdrama. First Bosco Wong in Destined to Love You, and now our Triumph In the Skies‘ Robin aka Ron Ng to star opposite young starlet, Li Qin. It’s hilarious to me how she likes to return stuff. First, Return of the Heiress and now Return of Happiness? LOL. To complete the Return franchise, please do a drama called Return My Money next. 🙂

Ron is a decent actor, if given the right roles and anchored by a good teaching actor. It’s a not a secret that I loved him in Triumph 2. And he looks good here!

Synopsis Translated by Moi as best as I could: Ron Ng portrays an heir to a corporation specializing in ships and boats. His character, Han Ming, is described as intelligent, somewhat cold and a hidden man-child. He expects perfection in himself and in others, and applies the same principle to his love life as well. Ron and Li Qin‘s character knew each other as kids but the leading lady suffers from memory loss after an accident (another accident turns her father into a vegetative state) and her identity is swapped with someone else (Elena Tong). She was raised by a kind-hearted fisherman and his wicked wife. The heroine reunites with Han Ming when they’re grown ups and quickly become a bickering pair. When Ron finally figures out who she is, he helps her regain her status.

Lol, the storyline is NOTHING NEW in our dramaland universe. I’m disappointed but I love these two. Sigh ~~

They look cute together.

I think the only thing I dislike is…her hair. *breathes*

Being lovey dovey because they can!

Return of Happiness wrapped up their 4-month filming last week and is slated to have 42 episodes. It’s directed by Shen Yi (Desperate Love with Mickey He & Li Sheng, My Daughter with Tang Yan) and written by Yang Du Lam.

The trailer should be out soon. Look forward to that!