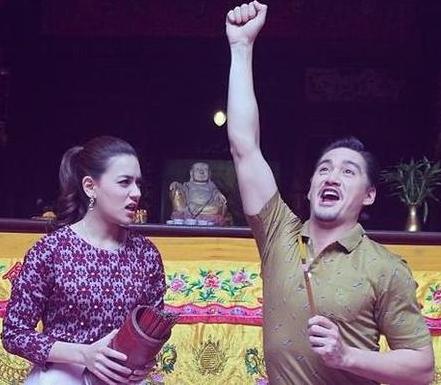 And then it got weirder.

I didn’t watch a single Korean or Japanese drama past the first episode. None. Now this may not seem like an extraordinary event to you, but as a person who has religiously watched dramas ever since Meteor Garden aired (at the grand old age of 9, folks), I am sure that the end of the world is soon to come. And I’m convinced, that unless I find a good drama to watch in 2015, imma be struck by lightening. And I know ya’ll think I’m joking but I get jumpy when hear the crackle of static from my sweater, so let’s hope something good comes up soon.

Anyway, as a hopeful glance to the near future, let’s recount all the promises in store for us:

It was also a common-ish sentiment that some form of end of year drama review list be created, so I thought I’d slip this in here~ So, here in no particular order whatsoever (**DISCLAIMER** Since I watched none of these, please don’t take my word for it):

As you can see, my list is… chancey to say the least. So let’s listen to our betters, shall we? (Shamelessly uses other people’s opinions without prior permission)

From our cutie senpai kxyz we get:

Spring:
Bitter Blood (which I had already uploaded here.)
Border
Alice no Toge

Summer:
Petero no Souretsu (This is actually a continuation of Namonaki Doku, which I found really boring. This second series totally had me gripped, I love it. Might have to watch the first season for a basis though.)
ST~ Aka to Shiro no Sousa File
Dousousei
Hirugao
Kazokugari
Oyaji no Senaka (just a few episodes though. It’s a standalone story in each episode.)

And here’re some dramas I did watch:

Now, tell me, how many New Year’s Resolutions have you broken till now? How many were due to dramas? Do you have any stunning recommendations I overlooked? Pray tell ^u^~