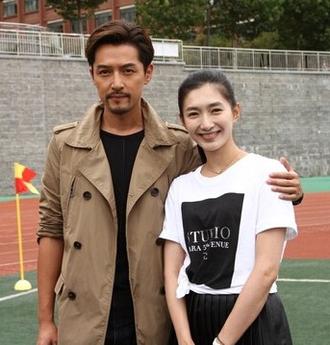 While Ariel Lin got married on Christmas Eve, Hu Ge is caught on a date with his co-star from his latest drama, Go Goal Fighting, Maggie Jiang. She’s four years his junior. Way to overshadow your former love’s big day! Kidding aside, I’m just happy for him because everyone deserves some love and it’s his and her time.

Her eyes are on your , YOU! 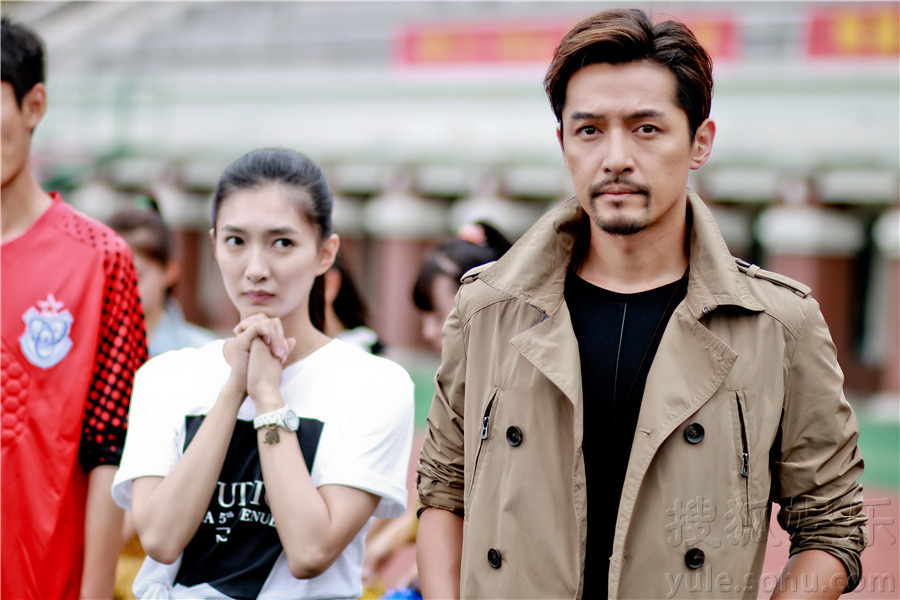 She describes him as calm, flawless, intelligent, and upright. He’s the perfect man in her eyes. While Hu Ge never had a goddess in mind, she’s now the image of the said goddess after the production crew teased her for being a beauty, and she joked back, “Don’t call me beautiful, call me a goddess.”

This photo is so on-point, it cracks me up. He’s literally making her his queen. 😉 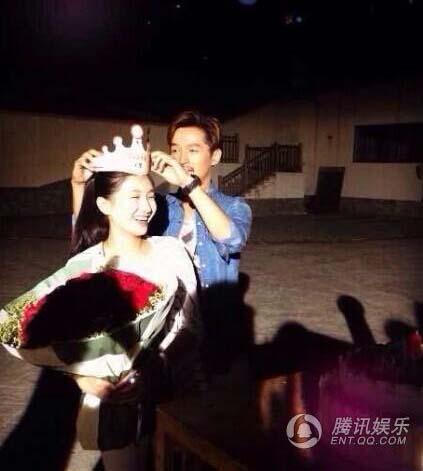 The two were caught feeding each other intimately at the airport, almost missing their flight.

Neither has responded to the rumors but Hu Ge did not deny in his latest tweet. Ha.