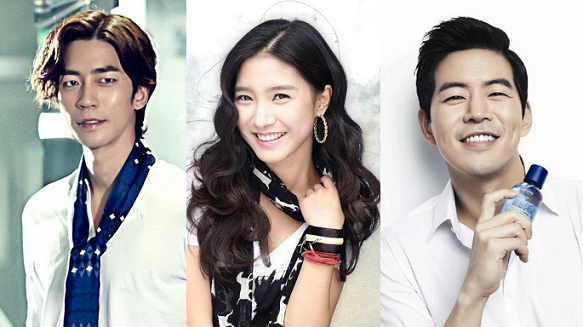 Was my initial reaction when I heard of the news a few weeks ago. Secretly, in my dungeon, I had formed a praying shrine, hoping that all is a fluke! Then today, they announced the leads! KIM SO EUN! GIRL, I MISSED YOU SO MUCH!! Why are they pitting my girl crushes against each other!? If you don’t know already, the manga series spawned two seasons of drama adaptations in Japan, with Toda Erika as the female lead, Kanzaki Nao, and Matsuda Shota as the genius swindler, Akiyama Shinichi. Then I scrolled over and saw the male leads – Lee Sang Yoon as Akiyama? Then we have Shin Sung Rok on the other side (I think he could work – he’s quite quirky in Trot Lovers.) Still………LSY?

The story for those interested: Kanzaki Nao is an honest college student who receives a hundred million yen one day, along with a card saying she has been chosen to take part in the “Liar Game”. The aim of the game is to trick the other players out of their hundred million dollars. At the end, the winner gets the hundred million and the loser is a hundred million yen in debt. The next day, she receives notification that her opponent is her former teacher, Fujisawa Kazuo. She goes to him, seeking help, but ends up getting tricked into handing her money over. Desperate, she approaches the police for help, but they are unable to do anything. However, she is told of a mastermind swindler, Akiyama Shinichi, who is to be released from jail the next day. Desperate, she goes to him for help. [Credit: Wiki]

To calm myself down, let me post pretty pictures of my two cutie pies. Someone please pair them up…

Sexy gaze! And I love his hair so much! Gotta say, Japanese actors have wonderful hairstyles – crazily wonderful. And it somehow works.

Our silly bunny, Nao. Lol. I think So Eun can pull off Nao.

All in all, I’m just worried of how the Korean version might romanticize and change the tone of the story. They just lack that flair to do things the way Japanese do their things. Yunno?