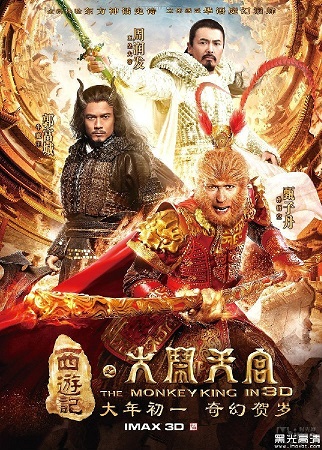 Hello~ Peter hubby, I’ve missed you dearly. Even though you play immature Yang Jian 🙁 I still love you.

Plot: This much beloved story, is as much a part of Asian culture as The Iliad and The Odyssey or The Wizard of Oz are to the West. This first installment in a trilogy of live action 3-D movies is actually a prequel to The Journey To The West, the much told story of the Monkey King’s adventures on the road to India. The first movie is the origins story – beginning with the birth of Sun Wukong (The Monkey King) and ending with his imprisonment for his crimes under the Five-Peaked Mountain. Along the way he acquires incredible powers, battling the armies of the gods and the armies of the demons. 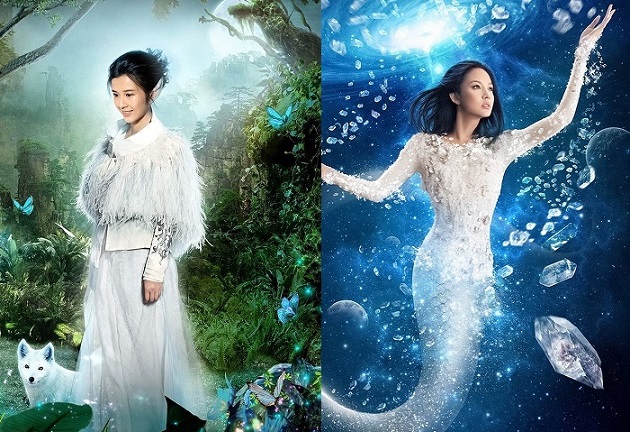 Keane: Before you cry to me about the Mandarin dubbing, I promise you this, I’ll surely be back to share the Cantonese version if released. Did you click on the US trailer? Oh. Em. Gee…. What the…. Will this film get dubbed in English too? LMAO!

I have a lot to say about this $88-million production, or was it $82-million? Whatever!?! Using big names attached to Hollywood blockbusters like Avatar and 300 must set a bar on CGI fetishes in this retold classic, so but did the marketing tactic backfire being said? Seems to me, this production was too proud about their visual effects due to record breaking box office sales in Asia. However, those results didn’t impress me and I know I’m not the only one chastising all the propaganda. I was disappointed because I was expecting… well, a film real similar to Avatar and 300 with premium visuals beginning to end. Obviously, that didn’t happen or else I wouldn’t be ranting. I can and will give them due credit for the costumes and prosthetic makeup but that pretty much sums it up.

I sorta snarled and rolled my eyes when the lengthy credits scrolled. Yeah, I stayed up till 4 AM the night before to see what’s all the fuss was about. It wasn’t because of the 5.1 earthquake in my backyard hours prior watching this that kept me awake. Many Korea-based and China-based VFX teams were hired for this project, and still with all that manpower the intro battle sequence couldn’t look any more natural? *raises both hands in the air* I wished the marketing team hadn’t exploit such names involved in making Avatar and 300. I may have lowered my expectations for a chance to enjoy this movie more. Just sayin’.

I’m not gonna spoil it for ya. You’ve probably seen an interpretation of this folk legend before. But, if I have spoiled it for ya because of my ranting then… excusez moi. You can be the judge. Don’t get me wrong, I love the folk classic even till the day I die and will probably see a dozen more versions till then, but I gravely put so much faith in Donnie Yen to produce a nearly perfect masterpiece. I was wrong. All I can recall from this film were his nimble hands picking fleas and his quick feet monkeying around. No spectacular one-on-one duels like in Ip Man worth my while.

Even when I went through all my sufferings finishing the first installment of its trilogy, my interest sparked for the next sequel automatically when the ending cliffhanger zoomed out Monk Xuanzang (played by Louis Koo) on his quest, before all the credits fade it into black. Dang, what a tease! Yet, this most sought after sequel has to be waiting for Huang Xiaoming, who has yet to confirm his role as Zhu Bajie, in character as Pigsy. *crosses fingers* HANDSOME = PIG? This equation is self explanatory, right? Haha~ 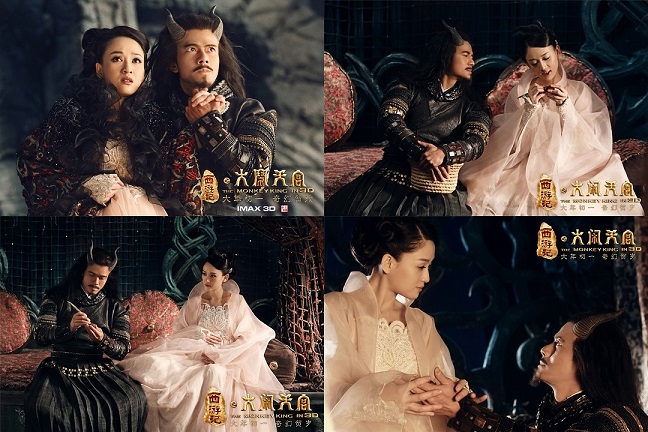 The sad romance between Princess Iron Fan (played by Joe Chen) and her Buffalo Demon King (played by Aaron Kwok).