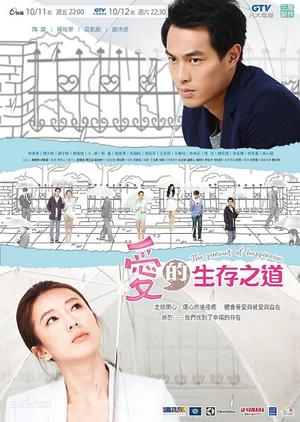 Didn’t expect this drama to have its own official soundtrack. I’ll say here that not all Taiwanese series has their own OST like Korean and Japanese dramas. Hence, we sometimes compile the songs personally, which is a lot of work and not as fun.

Kappy: I stopped watching after episode 3, yunno, after Lei Lei thinks it’s a good idea to break up Ting Wei & Hai Lun with Yi Kang’s help. I hope she drops that idea as soon as possible because there’s no way a woman as successful as her is trying to switch career and be a self-employed home wrecker. Please assure me that she doesn’t go down that road.