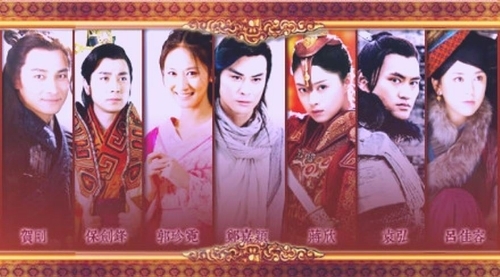 You know what I just realized? School begins next week. What’s worst? My schedule dictates that my classes/labs run 8-9 hours every day and I don’t get home until 8 at night. Scanning the schedule has sucked the life out of me. =/ This means updates will be scarce and many of you might ditch this love boat for a better ship. (Here’s when you step in and profess your love to this community! 😉 )

Anyway, away from my sobbing school life is a new Cdrama on your radar. It’s another novel-turned-drama adaptation, penned by Tang Qi Gong Zi, a writer known for fusing the past with the future meticulously in his fantasy romance novels. The premise of Hua Xu Yin revolves around a fallen princess, Ye Zhen, being revived by a magical pearl. Using the power from the pearl, she then travels the 9 states and helps people achieve their dreams. The male lead, Mu Yan, is the prince of the opponent country. My friends said the drama is based loosely on the novel, so many things are changed. And they aren’t happy.

Yuan Hong as Shen An

Shen An with his love interest – Song Ning.

Gan Ting Ting as Murong An