Also Known As: You’re Beautiful Taiwanese Remake
Chinese Title: 原来是美男 / Yuan Lai Shi Mei Nan
Cast: Jiro Wang, Lele Cheng, Evan Yo, Hwang In Deok, Jenna Wang, Lily Tian, Wei Min Chen, Wei Ming Bao, Dream Girls (cameo), SpeXial (cameo), Park Shin Hye (cameo)
# of Episodes: 13
Airing Days: Sundays
Broadcasting Station: FTV / GTV
Synopsis: 原来是美男 (the Taiwanese remake to You’re Beautiful) is a story about a management company of the idol group A.N.JELL insisted on adding a new singer to the group as the lead vocal, Tai Jing’s voice was hurting. However, the new member, Mei Nan, had to go to the States to repair a botched eye job just before signing the contract. His agent came up with the idea of having his twin sister, Mei Nu, to stand in for him and pretend that she was her brother. The two of them grew up in an orphanage and Mei Nu, who was all set to become a nun, agreed to this charade as she didn’t want to spoil her brother’s chance of fame which would make it easier to look for their mother. [Credit: fb] 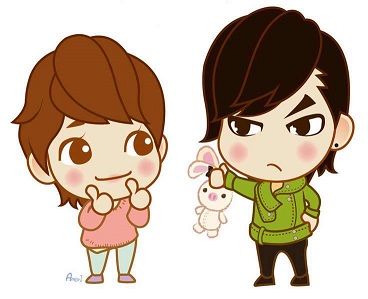 MIRROR FOLDER: SOSHAREIT (when expired then please revert back to single links above)

Keane: I’m not quite sold on Jiro being Hwang Tae Kyung/Huang Tai Jing. He’s got the star quality, vocals, looks, skills, however… I still feel a lack of personality complex. I dunno, he may prove me wrong. Yes, go ahead… please do ’cause I’m critiquing solely based on the 12+ minutes preview! I hope Jiro is not only trying to live up to his character’s stardom but try breathing new life to it. Foremost, I wonder, is Jiro really evoking Hwang Tae Kyung upon him or is he just choosing one of Jiro Wang’s alter egos to play the part?? ‘Cause ya know, he has more reasons to be thankful landing this role to shed off his Fahrenheit image (been so long). 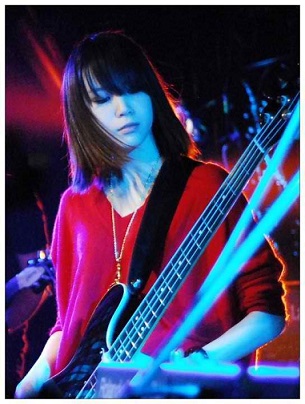 I like the other three members of A.N.JELL so far, stop — hold up, that Korean boy (Hwang In Deok) looks so much like Wang Lee Hom (that I’m freakin’ fangurlin’ every time he pops up on my screen), and so do I like the other cast members. Woo~ Lily Tian playing Huang Tai Jing’s mom is truly a MILF/HOTTIE. Gees! I also think the girl playing UEE’s part as Yoo He Yi/Liu Xin Ning deserve praises from the get go too. Take a quick look at Jenna Wang’s GQ.com.tw spread. Evan Yo playing Jeremy… uhm, he has the charm but lacks a baby face. Was Jeremy the maknae in the group A.N.JELL (I forgot)? And like I said before, newbie actress Lele Cheng overshadows Jiro in this show because she IS Hwang Tae Kyung, I mean, Jang Guen Suk’s doppelganger. ROFL~

So… are y’all ready to raid any music store yet for this remake’s OST? OMG-sh…. can’t wait!!!