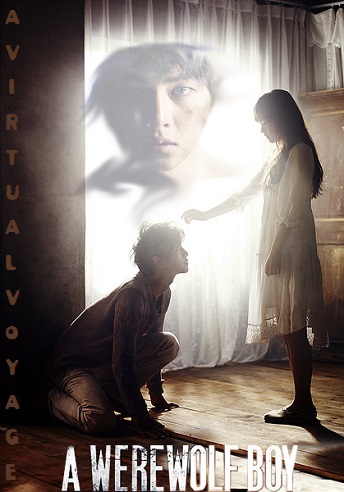 Check out its OST here.

While the family gets acclimated to their new surroundings, the older daughter makes a remarkable discovery. Within a locked room in the barn lives a wild boy (Song Joong Ki). The family takes him in believing he is just an orphan with little social skills. The boy with little social skills begins to take an interest in the oldest daughter. Meanwhile, Ji-tae has his own plans in marrying the oldest daughter. What’s the secret behind the wild boy?

I was so fixated on this OTP. These two cuties totally stole ALL the limelight. I wish for these two stars to become a real-life couple. If you agree, then sign-up below. Where my genie at?

Keane: The extended/director’s cut stretches about 2 minutes longer than its theatrical version, however I find those two to three extra segments and hype of an alternate ending show a better transition between scenes. Do you know which scenes am I talking about? =p

Where can I register for a loyal puppy like Cheol-su? Because it still fascinates me how switching actress partners catalyze Song Joong Ki’s devoting emotions at different rates for either endings. His mannerism, his voice, his eyes… were so different. Wow! Pure genius — Director Jo Sung Hee. If I can sum up one thing about Park Bo Young, is that she truly is admirable for being a young acting talent shown in her alternate ending. You just have to see it and get what I mean. The original ending played by veteran actress Lee Young Lan seems less emotional due in part by Ms Lee’s performance and another part by the lighting setup (being too bright) kept Ms Lee aesthetically pleasing for the audience in turn lose the rightful element of mood (which suppose to be utterly depressive alike PBY’s alternate ending). Ms Lee didn’t make wolf boy, Mr Song, shower emotional attachment on screen as well as her young self, in Miss Park. So I wonder if it was the script’s or the actress’ mistake? Hmm, well, that’s my interpretation, so how about you? Henceforth, I’m pretty glad the director made an extended version. *happy dance* I’m a happy fan, because I didn’t like the theatrical as much. And, well, the CG isn’t all spectacular so thank goodness those were very short scenes which didn’t ruin my mood for the rest of this story.

BAWLING BABY. Shoot me with a silver bullet WHY DON’T YOU!?! TT_TT (credit: [email protected])
GIVE IT UP for Song Joong Ki. *standing ovation* He finally picked one of the best scripts for his popularity. Soooo much better… than the last movie he was in. What was it called?… Rio? (FYI – he and Park Bo Young lent their voices and dubbed the Korean version of Rio‘s lovebirds Blu and Jewel, respectively, before this movie was released. Ahhh~ So it’s fate!) Er, maybe his last movie should have been called Pinching 2 Cents^ because I’d like to pitch my 2 cents how that bombed. Oy, another day perhaps. *shakes head* I dunno about you but I put his last movie in the recycle bin immediately after a useful power nap from the event to pay it forward. =p Little to no chemistry with his last leading lady. Shame. And here, now a combustible chemical reaction between SJK and PBY. Will we get a lot of CFs from this OTP? Report in if you come across any.

WELCOME BACK to the big time Park Bo Young! I missed her while she was on hiatus. How can anyone resist her charms? I love her in Speedy Scandal (still on my reruns list) and also like her in the ESP Couple (oh krap, the story has a twist and it’s a cute movie too). I accidentally watched her in Don’t Click per JC’s request one night on cbox; he was too chicken for the finale, so I spoiled the ending (the only part I watched because I’m normally a scaredy cat), and I dunno what truly came over me but I reckon I was just too bored or crazy that night to assist him. =p After searching for material to draw up this post, I realize I’m jelly over PBY’s hairstyle in this film because she totally knows how to rock those bangs. Grrr, if I can’t rock ’em then I’ll persuade my nieces to rock girly bangs on my behalf. Bwuahahaha~ What? You thought I’d get jelly why her paws are all over SJK? Nahhhhh~

Comments box is… now… open. Show your love for this movie below. Keep it neat please. I’m not gonna lie, this movie ruins me every single time. (〒︿〒) And I love the (open) ending, because it stirs up so many eternal fantasies. Like, will wolf boy fall in love w/ the grand-daughter? Well, I don’t know about you but I’d rather howl for a prequel in order to get an understanding how wolf boy came to be than watch another heartbreaking romance for a sequel. This good movie left me wanting more. Was anyone surprised how Cheol-su doesn’t age? It’s obliviously new to me how this Lycan masters eternal beauty alike Vampires. Was wolf boy a fetal experiment? Or did he start phasing as a teenager? I need answers.

Source: AW, t, TKS, wiki
^ And, if you must know Song Joong-ki’s last non-animated movie truly was then click here.