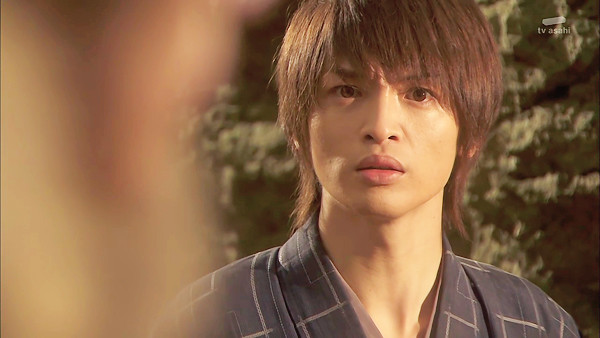 Doesn’t he remind you of Jae Joong? I think it’s the lips…

Guys, meet Ken, Jin’s friend who works in the kitchen of the same hospital. Kidding! The fact: he’s time-traveling. Similar to Jin, he uses a pointed object as his means for survival. Jin might be high and honored with his scalpel in hand, but one can’t go far without food. Our time-traveling chef, Ken (Yuta Tamamori), has his own Katana made by a friend he meets during the chaotic period. So what do I mean by he’s worst off than Jin? At least Jin has his memory intact, this pitiful boy does not possess any scrap of information about himself – who he is, and why he’s time-slipped. Even the name Ken comes from the mouth of an old man, who apparently time-traveled with him but dies in the first 5 minutes of episode 1. 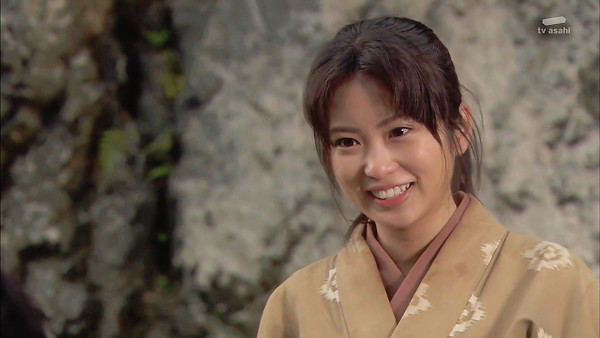 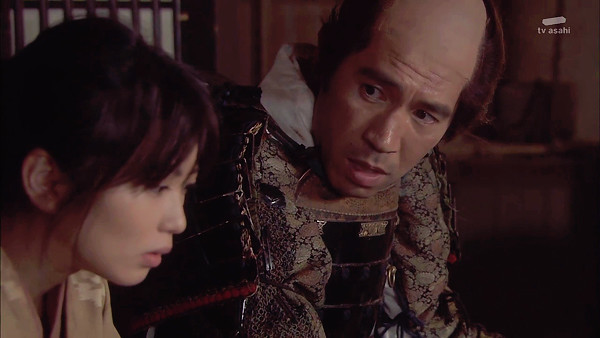 Episode 1 felt very random because we are not given any character background on our main character, Ken, while he’s shoved into sequences of scenes all hour long so I can understand. He simply opens his eyes and finds himself literally in the middle of a battle. After the old man who saved him dies, Ken falls off a cliff and chances upon a cross-dressed female, Natsu (Mirai Shida). She calls herself a guy in order to pursue her dream profession – being the top blacksmith. Out of the kindness of her heart, she brings him home and takes in his ridiculous story. They are soon joined by Hideyoshi Toyotomi (Gori), a warrior during the Sengoku period (Warring States Period). The man demands food and Ken whips out several dishes made from the eel caught earlier in his pants (funny scene). 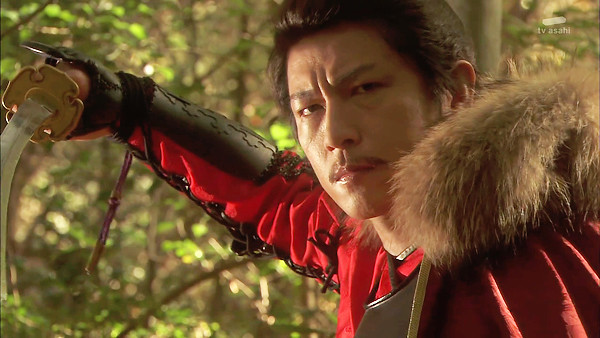 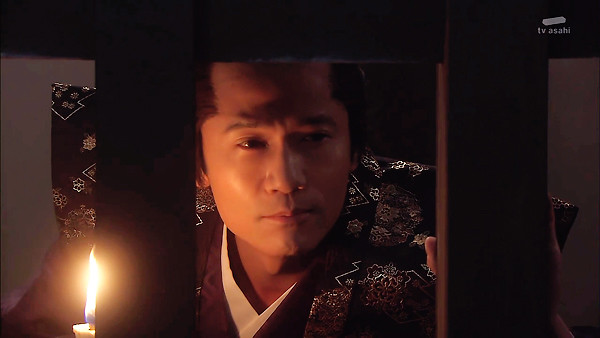 Impressed with the boy’s cooking, Toyotomi pleads with his lord, the brutal and ingenious initiator of the unification of Japan during the Sengoku period, Oda Nobunaga (Mitsuhiro Oikawa). Suspicious of the boy’s background, Nobunaga locks Ken up in prison, where he meets a strange man of eloquent mysteries. Not before long, Nobunaga assigns a project to Ken and he easily wins the challenge, becoming Nobunaga’s personal chef, in charge of sprinkling new dishes for him every day. 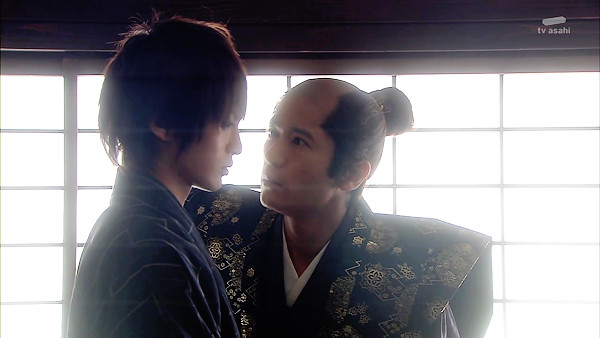 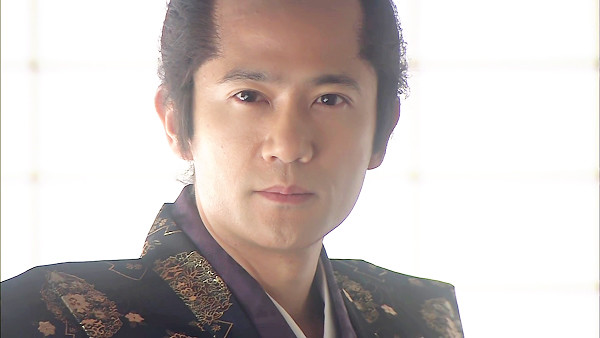 In the final two minutes of episode 1, we find out that the strange man who wanders around prison is Mitsuhide Akechi (Goro Inagaki), the man who was responsible for the death of Nobunaga.

I must say, I wasn’t captivated until the last few minutes when it’s revealed who the mysterious man was and his direct participation in betraying and killing Nobunaga. (Note: I’m not a history person so please kindly correct if I misinformed.) It’s also interesting to note that he’s one of the first to believe in Ken’s story, that he’s a time-traveler. Their interaction tells you that Akechi’s a keen observer, someone Ken should keep a distance from, and also someone to stay close to, just in case. This also made me question why Ken’s identity is being veiled from us. Perhaps, he’s blood-related to Akechi (descendents?). If written carefully, this would provide rich character conflicts down the line and up the stakes. I do hope it is so! 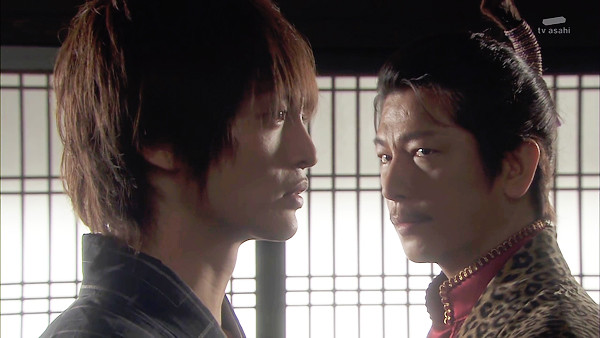 So far, the cast is doing great, with the exception of the male lead. I find him quite stiff. The actor portraying Nobunaga also looks too comical, I don’t find his presence threatening enough as a powerful leader, although he looks fierce when he’s not bobbling his head. The girl who plays Natsu, while not a looker, is definitely adorable, and I love how she’s so brave in her conviction. I really want to see a little somethingsomething happening between her and Ken. C’mon, drama, don’t be stingy with me. Sprinkle some love in the kitchen, yea?

Not a must watch for now but definitely watchable!