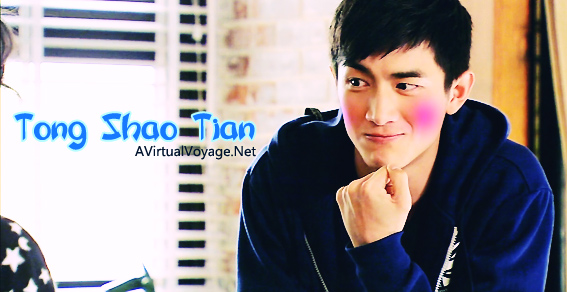 Just finished speeding through the first 3 episodes of Drama Go Go Go, currently being uploaded by Keane here. Quick-paced and light fluff, easy for the mind to digest. So far, Tong Shao Tian, the young housemate, has a good head on his shoulders. I keep nodding whenever he reprimands Ming Ming for her naivety and passive personality. I mean, you could shove this girl in the wormhole, send her back to the ancient times, and she’d fit right in. Not a popular opinion, I know, but I can’t stand her, especially her confession that she has no rights to be confident about herself. I’d have liked her slightly if she at least loves one thing about herself. Nothing! NADA! Woman, you have a career (she’s a working writer), you’re beautiful to boot, so what the heck is wrong with you that you need to have a man beside you to make you feel worthy? You know what you need to learn first? Learn to LOVE yourself, only then will you find your dignity and self-esteem! Trust me, you’ll be happier if you stop burying them.

Anyway, back to Tong Shao Tian. Let me list the way you rock!

A friend who makes sure she doesn’t feel alone in the childish game of tongue-sticking.

A friend who asks her important questions regarding who she is. It’s not like she’s 16 and entering the industry for the first time. She has been working for years and should’ve learned how to doubt people, at least.

A friend who doesn’t hesitate to prove her (silly) plot device – that accidental kiss does happen. Even man-to-man. You’d think she could come up with something novel…

A friend who’s always there to give her a fist-pump when she faces another obstacle.

A friend who worries about her safety, being out late with another male. And shows no mercy in shutting the door in Jiro’s face. Ballsy!

A friend who acts out her scripts with equal passion and snark. 😛

A friend who is frustrated trying to understand the motives behind every approaching man in her life, making sure that she’s not used (because someone’s not smart enough to figure that out. BY NOW.)

Are you sure he’s just a friend?

Just throwing this one out…