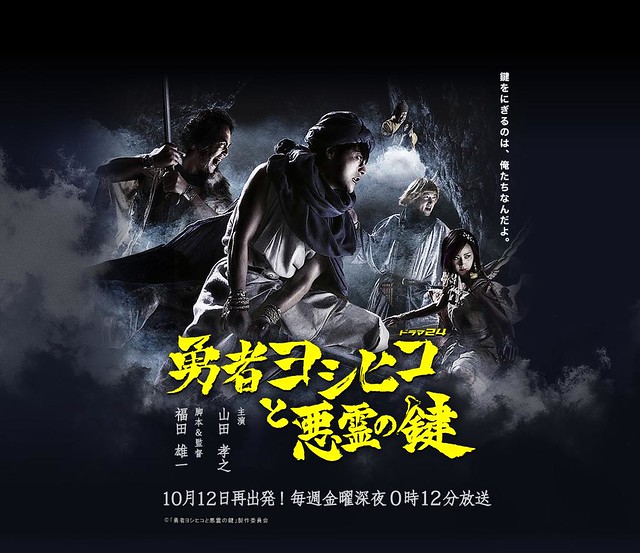 English Title:Yuusha Yoshihiko to Akuryo no Kagi
Japanese Title:勇者ヨシヒコと悪霊の鍵
Cast:Yamada Takayuki, Kinami Haruka, Muro Tsuyoshi, Takuma Shin, Okamoto Azusa
# of Episodes: 11 (Season 2)
Airing Days: Friday 0:12 (2012-Oct-12 Ongiong)
Broadcasting Station: TV Tokyo
Synopsis: Taking place 100 years after the events of the first season, the seal that held the monsters has been broken. Based on “Dragon Quest” the adventure RPG series; when the villagers need a hero to reseal the monsters, Yoshihiko is brought back from the last save point by Hotoke to save the world again. He sets out to find a key. His old companions come back to help him complete his quest. [See danburi summary.]

Yichung: Second season of the “Low Budget RPG parody comedy”. Still based on the Dragon Quest RPG games, (mainly Dragon Quest V) but takes a satirical look at the RPG world, specifically things like turn based attacking, freely smashing pots and barrels in peoples homes or being able to resurrect party members from death. 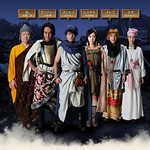 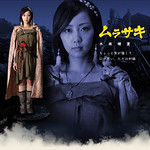 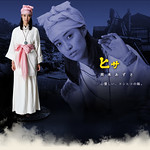