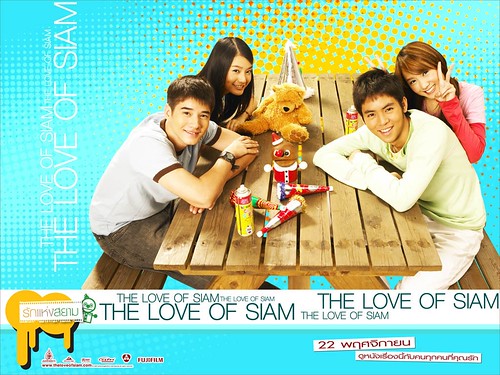 Happy New Year readers at ACW! I decided to post up this Thai movie now to anchor an attitude towards gay people. Although many people have accepted gay couples, others still don’t. I think it’s a healthy practice for us to be open-minded about one’s sexual orientation. It’s not their choice. Even if you don’t agree with them, don’t be harsh and criticizing. Because at the end of the day, we can’t control whom we love. We can only accept who we are and live life to its fullest potential without any regrets.

Thai Title: รักแห่งสยาม
Cast: Mario Muarer, Witwisit Hiranyawongkul, Aticha Pongsilpipat, Kanya Rattanapetch
Date Released: November 22, 2007 (Thailand)
Download Links: Part 1 // Part 2 (Hardsubbed)
Synopsis: Ten-year olds Mew and Tong are neighbors. Mew is a soft-featured but stubborn kid, while Tong is a more masculine, energetic boy who lives with his parents and sister, a Christian Thai family. After accidentally spitting gum into Mew’s hair, Tong wants to befriend Mew, but the quiet boy and his outgoing neighbor are not initially close. At school, effeminate Mew is teased by several other students and harassed until Tong steps in to defend him. Tong receives injuries and now they begin a friendship. Tong apologizes to Mew for the chewing gum incident. Mew is grateful for Tong stepping in and responds that now they are even. Mew plays on his late grandpa’s piano and is joined by his grandma, who begins to play a song. Mew asks his grandma why she liked that song and his grandma responds by telling Mew that it was played for her by his grandpa. It was a way for him to express his love to her and she explains that one day, Mew will understand the meaning of the song. [Credit: Wiki]

Alice: I’m hanging out with my family today so I won’t be posting up an intro like usual. Stay safe and enjoy the new year with your loved ones. ^^