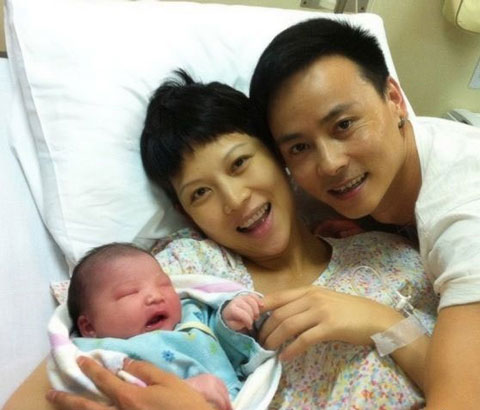 “Yesterday, May 11, my wife safely delivered our daughter. The baby is cute and healthy.

He accompanied his post with a photo of himself, Choi and their newborn daughter. Zhang, 36, and Choi, 37, dated for four and a half years before getting married in 2008.

Choi had called her pregnancy “a surprise” last December and revealed that they had originally wanted to wait another two years before having a child.

The actress also said that she will continue to work after giving birth to her child, though she would take a month-long break to recuperate. 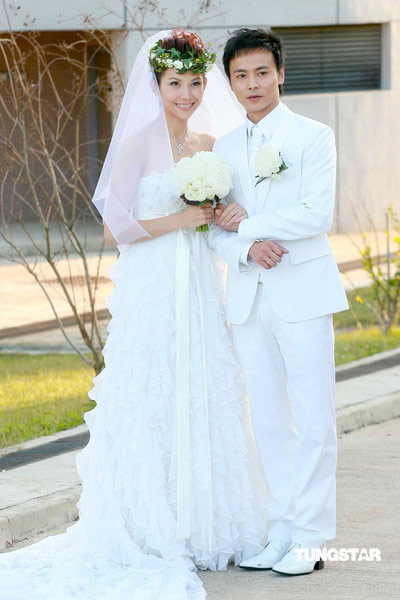 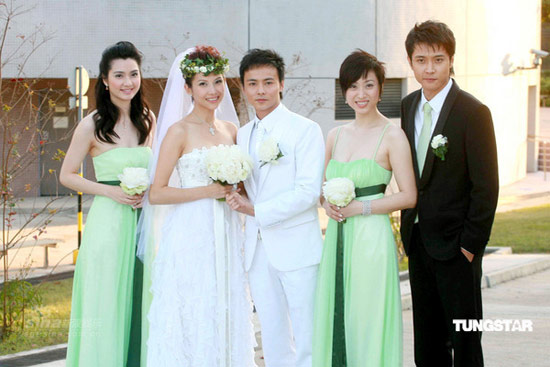 Alice: Congrats to Ada and Max! It’s such a heart-warming news! Ada met Max on the set of drama “Paradise” where Ada played the love interest of Yu Bo’s character, Tong Bo . I remember shipping them so hard! When news of Ada’s marriage with Max broke out in 2008, I was a bit taken aback because Ada had sizzling chemistry with Yu Bo, however, she only has eyes for the second brother (Max played Tong Xin) off screen. 😉

Nostalgia hits me because slowly, many actresses that I grew up watching, are getting married, having kids, and some are retiring from the entertainment industry. It’s not a bad thing, but I just….missed them.